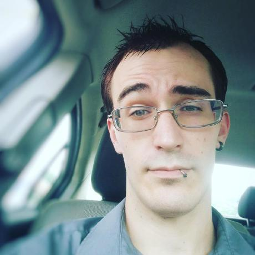 The real world perspective of me and my achievments

Several years of experimentation led to the creation of Sapphyx Launcher. A highly modified fork of Googles pixel launcher rebuilt on my perspective. Sadly, I had to remove it from Google Play last year for not being able to update it to Googles requirements on the Play Store but we could see a revival in 2020?

Inspired by Google Wallpapers, Drywall is a wallpaper manager and dashboard. It provides users with high quality photos to select for your homescreen and lockscreen, provides refreshed content from SubReddits on a weekly basis and tools to manage your device wallpaper. This app was also built on Material Component Design. This was a rebuild of my previous open source version of Drywall from 2 years ago which is still available on Google Play to compare how far ive come.

No'Me is a launcher switcher. If you are an android user that loves to test new launchers or switch to and from frequently, this is the app for you. I accedently developed this as a tool when I was writing Sapphyx Launcher.

My Work and Myself

A decade ago, Android became one of the biggest mobile platforms to release into this world and being the tech guy I was, I instantly got addicted to the platform. Before all that, I was into electronics. In highschool, I studied electronics at tech school and took it a next step further in college where I studied Biomedical equipment and Technology. After some time and like any young adult, I switched careers because it just wasn't for me.

I grew up on a farm, the very least spot you'd think a tech guy would develop himself. I spent afternoons after school playing video games, tampering with my computer, tearing things apart and just learning about this world of science. Since than, Iv'e developed myself based on my freelance work.

I started my android career as a modder and hacker. I used to mod video games in my spare time, so what was the difference I thought? I made custom roms and hacked apps for the first generation of devices. As android hit its 5th year of development and started to become a large filed os platform, I could no longer maintain time for it or the spare the bandwidth. I started to experiment with app development and it took off.

I'd like to someday pursue a job in Android Development or even build my own company and services with the talent i've developed for myself to provide for the world. I want to be one of those people who have created something for the world to see.